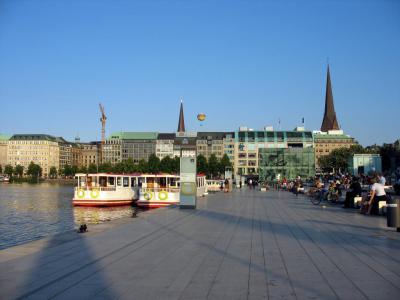 A wonderful view of the Alster lake and surroundings will offer you a relaxing experience. You may wish to take a walk on this pedestrian walkway with your children, enjoying the natural beauty around the river, while crossing public parks all around. You can take a boat ride on the lake; it is a lot of fun.
Image by KMJ on Wikimedia under Creative Commons License.