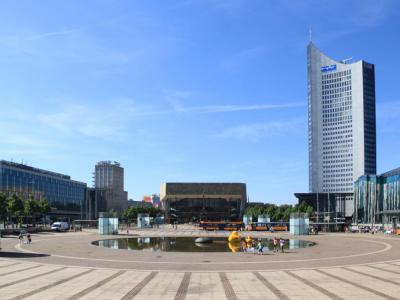 Augustusplatz, a square located at the east end of the city center, began construction in 1785 as Platz vor dem Grimmaischen Thor, designed by city architect Johann Carl Friedrich Dauthe. Renamed Augustusplatz in 1839 after Frederick Augustus, the first king of Saxony, it is the city's largest square and one of the largest in the country. Prior to its bombing in the Second World War, it was one of Germany's most beautiful squares. It is also a central hub for the tram network.
Image by Oliver Storch on Wikimedia under Creative Commons License.
Sight description based on wikipedia