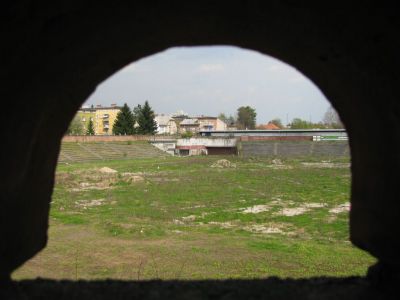 Bežigrad Stadium, also known as the Bežigrad Central Stadium, is a multi-purpose stadium in Ljubljana. It has been used predominantly for football matches, and is the home of NK Olimpija. The stadium was built in 1928 for the Catholic youth sport association Orel. It was designed by architect Jože Plečnik. Depeche Mode played here in 2006, followed by British metal band Iron Maiden, performed in July 2007. The stadium also hosted two notable concerts by Slovenian band Siddharta.