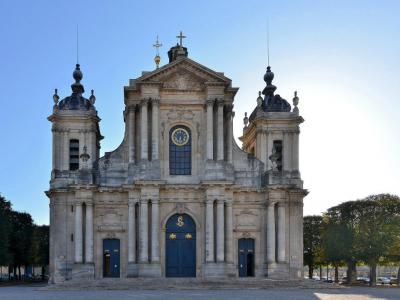 To the right, is the Chapel of Baptism with its fonts, the Chapel of the Presentation of the Saint Virgin and the Chapel of Saint Charles. Beyond the transept, three chapels which surround the quire are dedicated to the Good Minister, to Saint Louis and to Saint John the Baptist.
Image by BenP on Wikimedia under Creative Commons License.