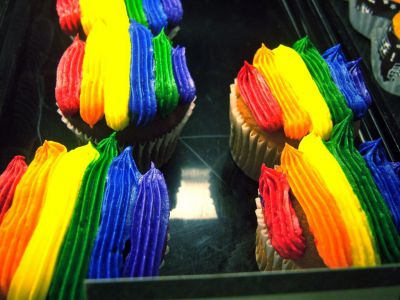 The San Francisco LGBT Community Center is a nonprofit organization serving the lesbian, gay, bisexual and transgender population of San Francisco, California and nearby communities. San Francisco has long been known for its thriving gay community, the center did not incorporate as an entity until 1996. In September 1997, a group named the Friends of 1800 Market campaigned to get the Center to keep and restore the Carmel Fallon Building, a landmark 1894 Victorian at 1800 Market Street as part of the new center. In March 2002, the organization opened its Charles M. Holmes Campus on San Francisco's bustling Market Street, near the famed Castro District.
Image by Loren Javier on Flickr under Creative Commons License.
Sight description based on wikipedia