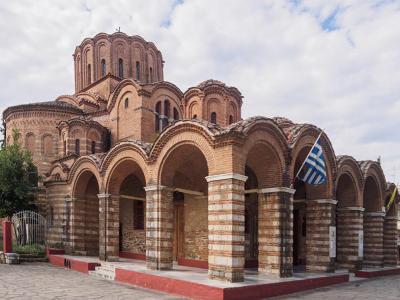 The Church of Prophetes Elias is a monastic building set near the part of the city surrounded by the Byzantine Walls. Domes cover the church and its chapels. Inside the church you will see surviving wall paintings. In the past it was the Monastery of Akapnios, dedicated to Christ. After the Turkish conquest, the church was transformed into a mosque; later, it again became a place of Christian worship. This old church is a historic monument of Thessaloniki. Archaeological excavations were performed here between 1987 and 1991.
Image by Marsyas on Wikimedia under Creative Commons License.