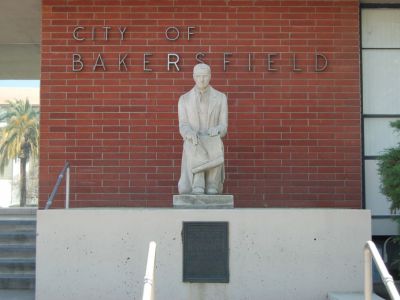 The Colonel Thomas Baker Statue can be found at the entrance to Bakersfield City Hall at 1501 Truxtun Avenue. This historical landmark was created in 1944. It depicts a man seated, holding a document. The statue is dedicated to Colonel Thomas Baker, a noted intellectual, adventurer, and pioneer who served as an officer in the Revolutionary War. He first settled the area around 1863, and Bakersfield is named in his honor.
Image Courtesy of Wikimedia and Skyman9999.