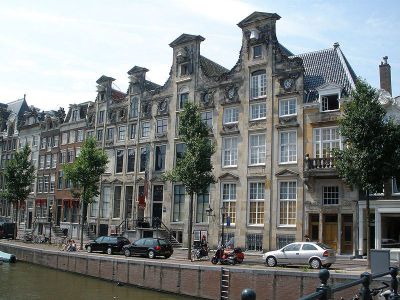 Amsterdam is filled with sights that intrigue and connect to the past. Standing on the Herengracht canal, the Cromhout Houses immediately catch one's gaze with their obvious age. Constructed in the 17th century and named after their first owner, the wealthy merchant Jacob Cromhout, they stand for their lavish Baroque design, with intricate stucco decoration, painted ceilings, elliptical staircase and a grand façade. Other highlights here include the beautifully restored kitchen and the hidden tea garden.

The Biblical Museum, occupying the top two floors since 1975, is very interesting, as well. While it does indeed have a massive collection of Bibles, it also provides viewers with century-old miniature models of events and monuments that are religiously significant. Among the most popular are the scale models of the Jewish Tabernacle described in Exodus, or that of the Temple of Solomon and Herod as they looked in first-century Jerusalem. The museum also has paintings of famous events and Biblical scenes, along with artifacts that date back several centuries: clay tablets, manuscripts on papyrus, and several archeological relics from Egypt. Don't miss the very top floor which explains the origins of many religious festivals – not just Christian and Jewish festivals either.

Tip:
The garden cafe is especially well decorated, with posies of flowers on every table. Delicious snacks, too!