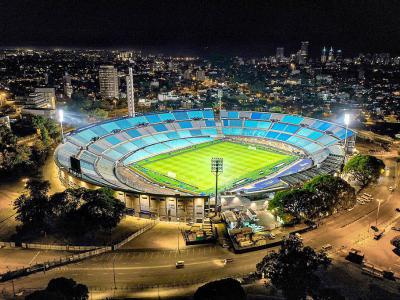 The Uruguayan national team has always been a threat when playing in their home stadium, consistently beating top teams. Even the top ranked Brazil national football team has only managed 3 wins in 20 opportunities, although only one was an official match.Aside from the Uruguayan national team, any football club can rent the stadium for its home games. Peñarol has done that for nearly every game in the past years, while Nacional rents it for some international games. In the case of other Uruguayan teams, they often decide to play there against both Peñarol and Nacional. The stadium was built as the main host stadium for the 1930 World Cup. Estadio Centenario hosted every team in the competition in 10 matches, including both semi-finals and the final. Below is the list of the matches played at Centenario during the 1930 World Cup.
Image by jikatu on Flickr under Creative Commons License.
Sight description based on wikipedia