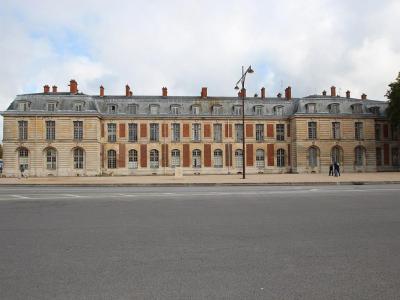 The Royal stables at Versailles once housed the equerries, the stablemen, musicians, page boys and 600 horses. Today the Grande Ecurie is a museum.

The stables were built in 1683 by Jules Hardouin-Mansart. The twin buildings were lavishly decorated and enclosed the Place des Armes, which was a military practice area. The Petite Ecurie was the same size as the Grande, but it was in the latter that the Grand Equerry lived and was in charge of the horses. These animals, the finest in France, were trained for war, but were mainly used for hunting. Only the king and the princes were allowed to ride them.

It is a fascinating museum to visit with its wonderful collection of 17th to 19th century carriages. You will see the carriage that carried King Charles 10th to his coronation, the funeral carriage of King Louis 18th, the baptism coach of the Duke of Bordeaux and the wedding coach of Napoleon Bonaparte.

There is also a fine collection of richly decorated Sedan chairs and several sleds that were once used in races on the frozen waters of the Grand Canal.
Image by Carolus on Wikimedia under Creative Commons License.