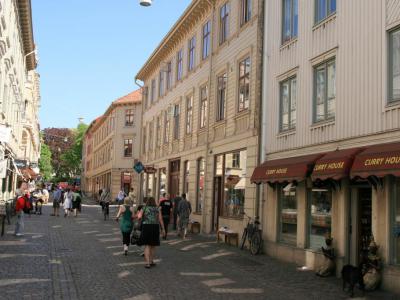 Haga is a district in Gothenburg renowned for its picturesque wooden houses, 19th century atmosphere and cafés. Originally a working class suburb with a rather bad reputation, it was gradually transformed into a popular attraction for tourists and locals. In the 1920s, after an extensive expansion of the district, the area population started to decline. Many local public works were closed and it became a primarily residential area. A redevelopment plan, drawn up in 1962, led to the founding of the Haga Group in 1970, which strove to preserve the original architecture of the area. Major renovations were made in the 1980s, with some houses being restored and others replaced with replicas.
Image by Raphael Saulus on Wikimedia under Creative Commons License.
Sight description based on wikipedia