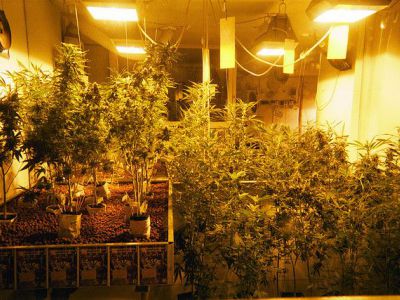 The Hash, Marijuana and Hemp museum situated in Amsterdam, at Oudezijds Achterburgwal, a canal of the Red Light District, are attractions within a walking distance from one another. These were established in 1985, 1987 and 2008 respectively, and were expanded into two venues due to the increased number of displays. The museum takes you through the past, present and the future of hemp and marijuana (also known as Cannabis). It provides insight into the use of hemp with an emphasis on its medicinal, cultural and religious aspects, its uses in production of paper and textile, as well as its potential for benefiting the environment and agriculture. This museum is operated and owned by one of the oldest and biggest seed companies in Amsterdam, the Sensi Seed Bank (which is located next to the museum).

There are two main exhibition venues, namely: the Museum itself and the Hemp gallery. The Museum shows various recreational uses of hemp, such as the oil extracted from hemp and suitable for human consumption, impregnate textiles, paints and soaps. Hemp is also a close alternative to cotton, since its cultivation is easy and the plant is undemanding and versatile. The Hemp gallery shows the history of hemp in the form of paintings, photographs and short films.

There is a facility through which visitors can observe cultivation of varieties of marijuana from behind a glass wall. Adult visitors can enjoy the effects of vapors in a special vaporizing room located right there on the museum premises.
Image by laurascudder on Flickr under Creative Commons License.
Sight description based on wikipedia