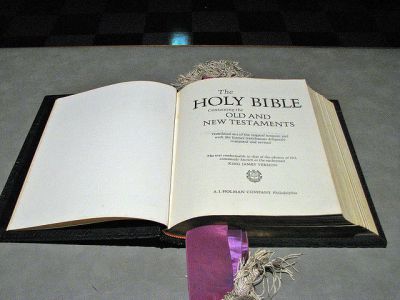 The Iglesia de la Madre de Dios del Rosario is a newcomer to Ibiza Town constructed between 1991 and 1992 and designed by architect Josep Antoni Zornoza Tur. The style of the church stays true to classic Ibiza church design, featuring a single nave and crisp whitewashed exterior walls. Originally it was planned that the church would be dedicated to Sant Ciriac, Ibiza’s leading patron saint. However, it was dedicated to both Sant Ciriac and Madre de Dios del Rosario whose feast day falls on August 5th, just three days before Sant Ciriac’s, leading to grand celebrations on those days in Ibiza.

The church is located on one of the town’s major avenues, Ignacio Wallis, and it stands next to Ibiza town’s main post office. The church features an important statue of Sant Ciriac, which had previously been held in storage by the diocese. There are no official visiting times, but you are welcome to attend mass. Masses are held Monday through Friday at 7pm, Saturdays at 8pm and on Sundays at 11am and 8pm. Attending mass is a great way to get an authentic taste of life on Ibiza and get to know the locals. It may be possible to visit the church at other times by inquiring within.
Image by mrbill on Flickr under Creative Commons License.