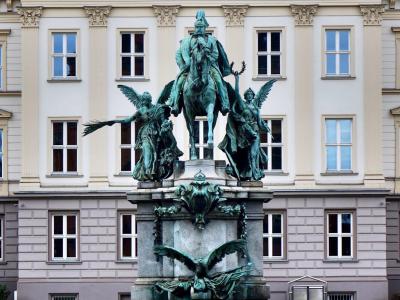 Kaiser Wilhelm Denkmal is a monument located in Düsseldorf; it was built in memory of Wilhelm I, also known as Wilhelm the Great. He was the first German Emperor between 1871 and 1888. Under his government, Prussia was united with Germany and he was then established as the German Emperor. In 1814, the king was involved in Napoleonic Wars and thanks to his diplomat skills, his country was internationally renowned. In 1848, Wilhelm successfully avoided many local revolts that were initiated by his elder brother.
Image by Johann H. Addicks - addicks@gmx.net on Wikimedia under Creative Commons License.