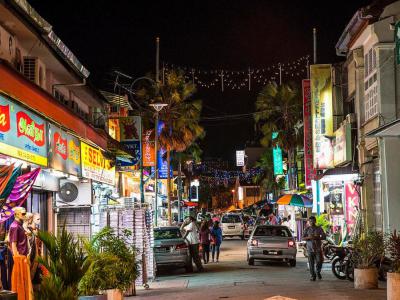 Market Street is a street in the city of George Town in Penang, Malaysia. Located within the city's UNESCO World Heritage Site, this street was named after a market which was established by Indian emigrants to Penang. The street is known in Tamil as Kadai Teru, meaning "street of shops". The market continued to function even after the full reclamation that created Victoria Street. The area has been settled by south Indians, whose presence is still conspicuous till today. This part of town is now regarded as part of the Little India enclave in George Town. The street bears many similarities to market streets in Chennai, Mumbai or Delhi. It is a notable shopping spot among locals and tourists. This street is also famous for Malaysian Indian cuisine.
Image by calflier001 on Wikimedia under Creative Commons License.
Sight description based on wikipedia