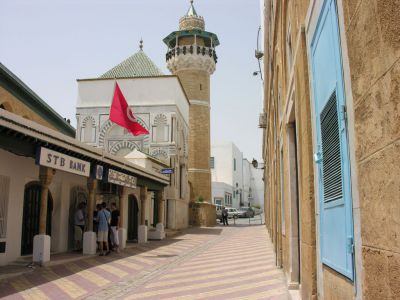 Why You Should Visit:
The mosque itself is really nice and even the courtyard is interesting (if you are lucky), but it's the neighborhood – the side streets, the cafeterias, etc. – that you should explore at least once.
Image by Citizen59 on Wikimedia under Creative Commons License.
Sight description based on wikipedia