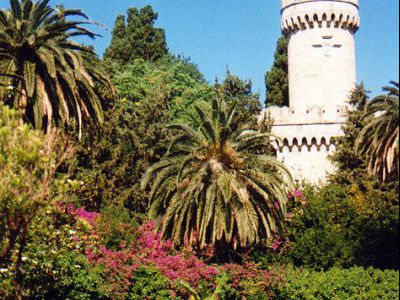 The Sound and Light Show in the Municipal Garden of Rhodes is one of the island’s most popular tourist attractions. It is a one of a kind event in Greece and provides an excellent introduction to Rhodes’ colorful history. The event combines drama, light and sound to produce a show that is of great educational and entertainment value for all the family. There are ancient myths and legends relating to Rhodes that are included in the spectacle along with recreations of some of the most dramatic historic events on the island, including sieges by the Ottoman Turks against the Knights Hospitaller. Along with important historic periods, several Rhodes landmarks tend to feature heavily in the performance; among them, the Palace of the Grand Master and the Tower of Suleiman.

The event does not run all throughout the year, but tends to be held from May to October each year, during the warmer months. It has been held annually since 1961 and has continued to grow in atmosphere and spectacle, as well as popularity, throughout the years. The venue has been renovated by the local government in recent years and it is shown in five different languages.
Image by sisaphus on Flickr under Creative Commons License.