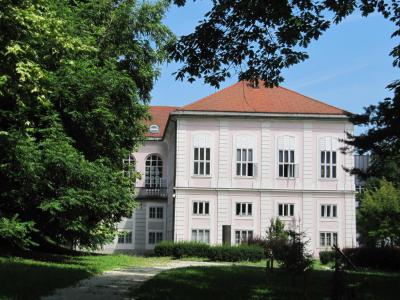 The National Museum of Contemporary History is located in a mansion on the edge of Tivoli Park in the district of Šiška, traditionally known as the Cekin Mansion (Cekinov Grad). The mansion was built between 1752 and 1755 by order of Count Leopold Lamberg. During the last years of the French occupation of Ljubljana, in 1812-1813, the mansion was used as a temporary residence by Eugene de Beauharnais, the Viceroy of Italy and commander of the Napoleonic armies in the Illyrian Provinces. Since 1990, the museum has been dedicated to the 20th century Slovenian history, featuring collections on World War I, World War II, the Socialist period, and the establishment of the independent state of Slovenia. Every first Sunday of the month, admission is free for all visitors.

Operation hours: Tuesday - Sunday: 10 am - 6 pm, Thursdays between June and August 10am – 8pm (excluding public holidays, with the exception of February 8, the Slovenian Cultural Holiday).
Image by Ziga on Wikimedia under Creative Commons License.
Sight description based on wikipedia