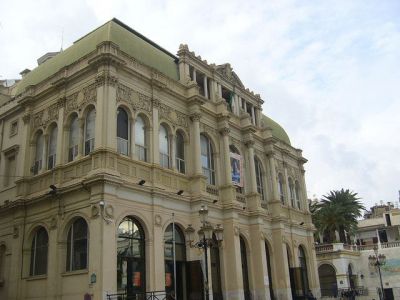 The National Theater of Alger, formerly the Opera of Alger, is located in Place Port Said. It was inaugurated on September 29th, 1853. The building was designed by F. Chassériau and the architect Ponsard. The original building was expanded in 1860 and again in 1871. In 1882, an enormous fire destroyed the building. During the restoration process, it was decided to make the building larger and to add some more ornate elements to the design. The number of seats increased to more than two thousand and the stage was enlarged. The theater hosted the Pan-African music festival in 1969 and was given a more modern look at that time.
Image Courtesy of Flickr and ahmed1948.