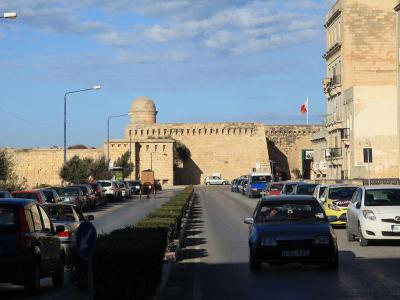 Located in Fort Saint Elmo, the National War Museum is one of the most popular museums in Malta. From 1975 to 2014, its collection mainly focused on WWI and WWII. Since its renovation in 2015, the museum contains artifacts relating to the military history of Malta ranging from the Bronze Age to Malta's entry into the European Union in 2004.

There are various photographic panels showing life in Malta during WWII, especially the hardships of civilian life and damage from aerial bombardment. One of the highlights includes the fuselage of a Gloster Sea Gladiator N5520, the only survivor from the Hal Far Fighter Flight. The museum also contains a Willys Jeep 'Husky' used by Dwight D. Eisenhower before the invasion of Sicily and also by Roosevelt while visiting Malta. The George Cross that was awarded to Malta by King George VI in April 1942 is also on display at the museum. The collection also contains wreckage from crashed aircraft, captured German machine guns, a torpedo, trench mortars and other weapons.

Why You Should Visit:
The history of Malta through the ages and tickets are valid for a month.
Very well displayed museum and worth a couple of hours.