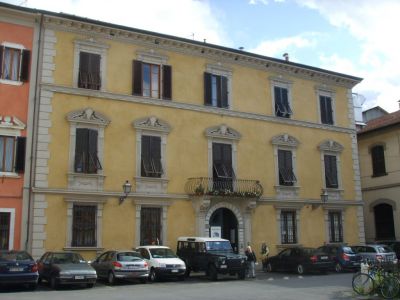 The Palazzo della Magione Temple is located in Piazza della Magione. In the late nineteenth century, the building underwent a complete renovation. The garden was created in the seventeenth century and kept its form until the late nineteenth century. In 1940, the garden was considered the property of the Botanical Garden of Lucca, which also enriched many singular varieties of flowers, trees and shrubs. Today there are also species like wild pears, olive tree, a palm tree and other beautiful plants. The garden is surrounded by paths of different shapes made of stone.
Image by sailko on Wikimedia under Creative Commons License.