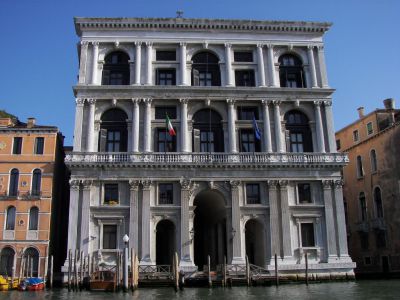 The Palazzo Grimani di San Luca is a Renaissance building in Venice. It is located on the Rio di San Luca channel of the city, at the point in which it flows into the Canal Grande. The palace was built in the mid-16th century for procurator Gerolamo Grimani by architect Michele Sanmicheli, and completed after his death by Gian Giacomo de' Grigi, known as "il Bergamasco". The façade has three sectors with Corinthian columns, also inspired to the Roman architecture, in particular to the triumphal arch. The residence of the patrician Grimani family until 1806, Palazzo Grimani is currently the seat of the Venice' Appeal Court.
Image by Wknight94 on Wikimedia under Creative Commons License.
Sight description based on wikipedia