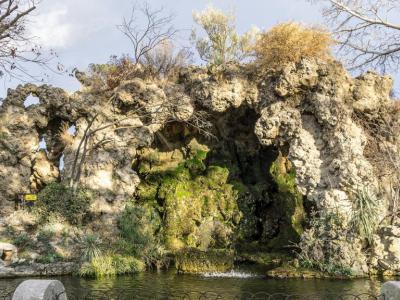 Rocher des Doms is a rocky outcrop on the left bank of the Rhone which served as protection for the foundation and development of the city. Evidence suggests that this site has been occupied since the Neolithic era. A 17th century historian published a chronicle dating back to 725, indicating that the city was then confined to Rocher des Doms. It is a great place for a promenade and to see the amazing view of the river and the city. You also can take a walk in Jardin des Doms and admire its many statues, including Millénaire Capétien, Jean Althen, Felix Gras, Paul Sain, Paul Vayson, Monument aux Morts and the beautiful Venus with the Swallows fountain.
Image by Véronique PAGNIER on Wikimedia under Creative Commons License.