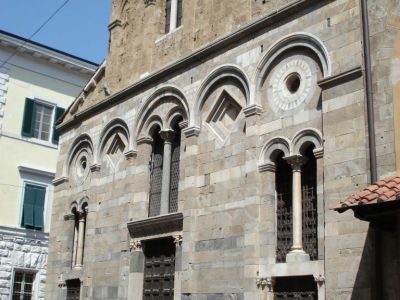 The crypt is to be found under the paved inlaid floor near the main altar. Before the church was built, the site was occupied by an early Christian temple that in turn had been built on the remains of a temple to Apollo. It has groin vaults with Roman capitals. You can see the remains of the original frescoes and an elaborately carved Roman sarcophagus.
Image by Paolo Fisicaro on Wikimedia under Creative Commons License.