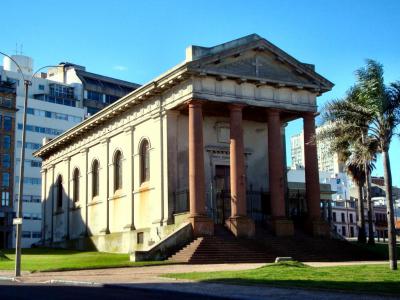 By the 1840s, Samuel Fisher Lafone had the initiative to build the Templo Ingles in Montevideo, which was opened in the Cubo del Sur, opposite to where its replica stands today. The Anglican Church of Montevideo, whose foundation stone was laid on January 1, 1844, was the first Protestant church built in Latin America. The temple was demolished in 1934 due to the works of the South Esplanade, which erected a replica at the current location in 1936.
Image by pviojo on Flickr under Creative Commons License.