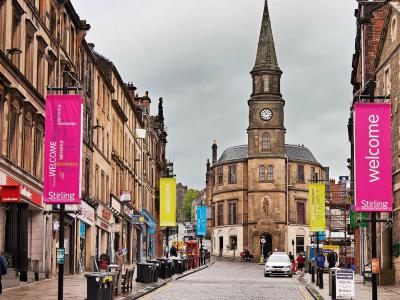 The Anthenaeum, built in 1816, was originally used as a library and then eventually underwent remodeling and saw some additions made. It presides over King Street in Stirling with its tall spire and majestic statue of William Wallace (the Braveheart) in front. The King Street is a wide pedestrian zone which forms part of 'The Royal Way' bordered with The Old Victorian Shopping Arcade which, in turn, adds a shopping dimension to this historic venue.
Image by gorriti on Flickr under Creative Commons License.