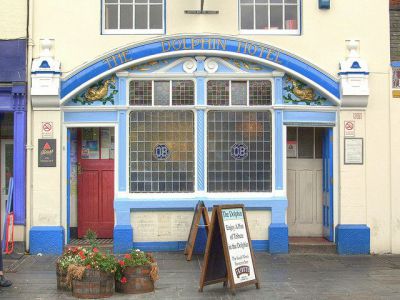 The pub also provided the setting for the BBC's poorly reviewed animated Janner comedy series Bosom Pals, which was based on some of the characters in Cook's paintings and featured the voices of Dawn French as the lead character Stella, Alison Steadman as her best friend Joan, and Timothy Spall as the Dolphin's real-life landlord Billy Holmes.
Image Courtesy of Flickr and Chris Williamson.
Sight description based on Wikipedia.