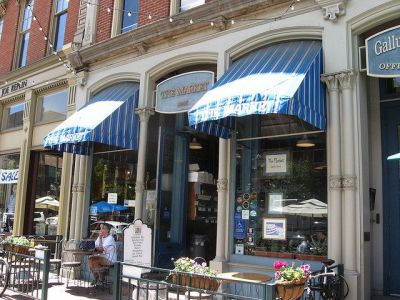 The Market Restaurant was opened in 1983 in what was once a grocery store. Located in the historic Larimer Square, it is known as a great family restaurant. Here you can find everything from sandwiches and pasta to muffins and cakes. You will pleasantly surprised by The Market Restaurant's extensive menu and delicious food.
Image by jxb345 on Flickr under Creative Commons License.