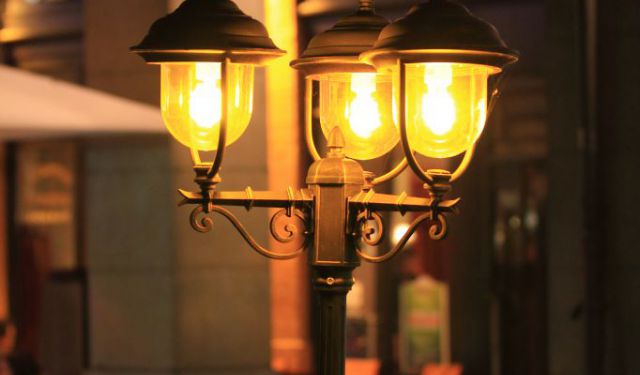 There are some really great little pubs in Toulouse. This guide helps you find a few of the local favourites, one pint after the other. Discover good craic at Mulligans and The Killarney; be amazed at what's on tap at Bar l'Ancienne Belgique and Bar La Tireuse; and put the English back in France with a game of darts at The George and Dragon Pub and The Melting Pot Pub.
Image Courtesy of Wikimedia and PierreSelim.
This article is featured in the app "GPSmyCity: Walks in 1K+ Cities" on iTunes App Store and Google Play. You can download the app to your mobile device to read the article offline and create a self-guided walking tour to visit the attractions featured in this article. The app turns your mobile device into a personal tour guide and it works offline, so no data plan is needed when traveling abroad.

Create Your Own Self-Guided Walks in Toulouse
Guide Name: Pub crawl
Guide Location: France » Toulouse
Guide Type: Self-guided Walking Tour (Article (A))
# of Attractions: 6
Tour Duration: 3.0 Hour(s)
Travel Distance: 4.4 Km or 2.7 Miles
Author: Narelle Lewis
Author Bio: Narelle Lewis is a freelance journalist from Australia's Gold Coast. She has been living in Toulouse with her French husband since April 2005. In her spare time she runs English in Toulouse, a social network with over 600 members. Meetings are held at pubs in the city centre.
Author Website: http://www.narellelewis.com
Sight(s) Featured in This Guide:
1

Grab a pint from the bar at Mulligan's and find a table outside on the terrace. From here, you can sit and immerse yourself in a wee bit of Toulousain history, while ogling the impressive fortified building across the road.

Entirely made from red bricks, this building looks like a castle from the middle ages, but it actually only dates from the 19th century and, until the end of 2009, was in fact the Saint-Michel Prison. Plans are now underway to turn it into a centre for the arts.

During Nazi occupation, Marcel Langer, head of a sub group of the French Resistance, was executed here; and the metro stop you got off at to get to the pub, was named after him.

Getting back to the pub, Mulligan's is seriously good craic; especially once the sun goes down. The best nights to go are Tuesdays for student night and quiz night and Thursdays for your 15 minutes of fame during "pub songs". Starting at 10.30pm, pub songs is where anyone can get up on stage and sing with the in-house guitarist.

Go for the curry at The Killarney! This cosy little Irish pub is a nice choice for dinner and a pint of Kilkenny.

Run by the Rooney family, your friendly barmen; Roger and Rory, will be happy to have a chat with you at the bar while Marie works the kitchen.

Thursday nights are quiz nights, starting at 9.30pm. On other nights, you can play a game or two of darts or just relax and watch a bit of sport on the telly. Plus, there's often live music!

The bar is open everyday from 5.30pm till late and the closest metro station is Palais de Justice on line B.

"Same again" is probably not something you'll be able to say at L'ancienne Belgique. Not because the beers aren't great, but because there are just so many from which to choose; and they're really strong!

This minuscule old Belgian pub has 10 different beers on tap and over 80 different bottled beers in the fridge!

Favourites on tap include: Triple Karmeliet (8%), Cuvée des Trolls (7%), and the Kwak (8%). The Kwak comes in a large, round-bottomed test tube style glass in a wooden stand.

Among their bottled selection is: Delirium Tremens which is a strong Belgian pale ale (8.5%), there's also the more well known Duvel (8.5%), and a strange number called Pink Killer (4.7%) which is based on malt, wheat and pink grapefruit. Definitely a beer that stands out from the crowd.

The bar itself is one of the smallest in Toulouse. It has a terrace just big enough to seat 8 people, and the inside is barely much bigger. The furniture is dark wood and the lighting is soft.

Staff are friendly and they have a wealth of knowledge about their passion. Ask them anything about beer (in French of course), and you'll be sat at the bar for a longish chat with more detail that you could possibly have hoped for. And who knows, after two of their very strong beers, you may even find you've become fluent at French!
4

La Tireuse is a little place with a lot of atmosphere. The first thing you notice when you step inside is the impressive length of the bar.

There are no fewer than 20 different beers on tap!

The barman says they try to cover the full range of tastes; and he's not kidding. From light, sweet and fruity beers like Faro, to heavy, strong, bitter Belgians like Saint Bernadus; their selection is a real education for the taste buds.

The bar's other great surprise is their whisky selection and if any bar in Toulouse knows single malts, it's this one. Name your favourite, chances are good they'll have it.

The walls are decorated with old fashioned beer ads and the tables are lit with candles, making it ideal for conversation with friends.

The bar is quiet in the early evening but gets jam packed as the night goes on.
5

5) The George and Dragon Pub

Close to the historical site, the Saint Sernin cathedral, The George and Dragon Pub is an authentic English pub complete with terrace in the sun.

There are weekly dart and pub quiz competitions and there is a selection of board games on offer too.

They do food until 4pm and you can get a baked spud for your lunch and wash it down with one of their English beers. Among their more special beers you'll find is their chocolate beer and banana beer; definitely not something you'll find anywhere else in town. They also have more normal beers as well as a good selection of whiskies, wines and spirits.

A lot of the customers are English but it's also popular with students who come to practice their English and sports' fans who like to hang out and watch a game.

Staff are friendly and happy to chat with you in French or in English and the bar is open most nights until around 2am.
6

The Melting Pot is another typical old fashioned English pub with live sport on the telly. It is located in the heart of the city centre and is the oldest pub in Toulouse, established in 1984.

Most days you'll find it packed with rugby and football fans, students and Airbus employees.

The staff speak both French and English and will be happy to chat with you at the bar.

Beers on tap include Guinness and Kilkenny, and in bottles they have the standards like Heineken, Corona and Bud. It's open from 5pm to 2am everyday, except Fridays when it's open from 1pm and on Saturdays and public holidays from 1pm to 3.30am.