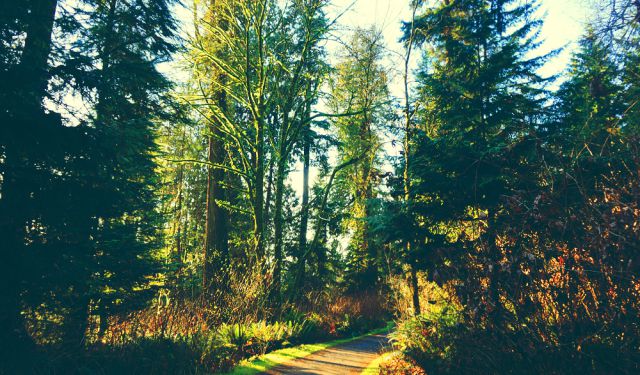 There is no right way to start writing a post about Vancouver, other than saying that it is by far the most known city of Canada - and for a reason. This hip West Coast metropolis charms you in an instant. I can't say if it's how the green meets the skyscrapers, the shameless exposition of art and culture or the people who never seem to sleep, Vancouver is a must-see destination for everyone travelling in Canada.

Canada is an incredibly vast country with countless of different sub-cultures merged into one big definition of 'canadianess'. The East and West are, despite being inside the same geographical borders, two completely different worlds with a whole different set of treats to offer. This is why it took me far too long to board a plane and make my way to see the Rocky Mountains from my cozy eastern headquarters. The presence of the said mountains has a drastic impact on the climate, as does the periodical El Niño: checking the local temperatures is therefore a must for anyone hopping from one coast to another, as there might be +15 in Vancouver and -20 in Québec on the same week. So don't let 'Canada' fool you: being inside the same country might not mean being around the same whereabouts! ...... (follow the instructions below for accessing the rest of this article).
This article is featured in the app "GPSmyCity: Walks in 1K+ Cities" on iTunes App Store and Google Play. You can download the app to your mobile device to read the article offline and create a self-guided walking tour to visit the attractions featured in this article. The app turns your mobile device into a personal tour guide and it works offline, so no data plan is needed when traveling abroad.