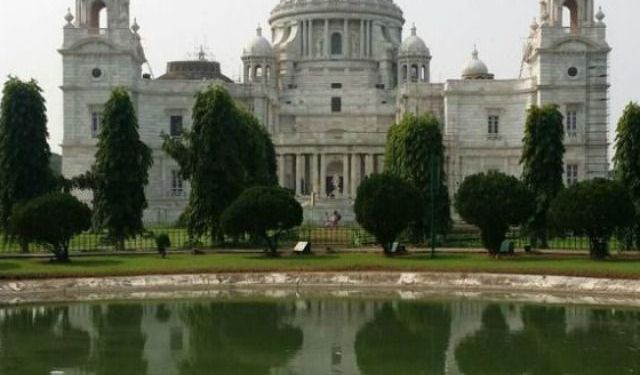 Kolkata was my first port of call in West Bengal, a start to an eleven-day trip covering Kolkata, Darjeeling and Gangtok. I arrived from Kuala Lumpur close to midnight and woke up the next morning to catch the tail end of the Durga Puja festival. In between the festivities, my host Amrita and I planned our activities for the next two days, after which I would head off to Darjeeling.

Kolkata is a densely populated city of 14 million, thus there are numerous places to visit and things to do. I’m a heritage buff, so the first thing I always look out for in a city is anything related to history, heritage and architecture. Since I had only 48 hours in the city, I’d thought I share with you what I did during my stay, and perhaps that could help you too when you plan for a trip to Kolkata.

The first thing we did was to visit one of the famous landmarks of Kolkata – Victoria Memorial. Made of Rajasthani white marble, the Victoria Memorial is a grand, imposing building with a museum and gardens. The building was constructed in honour of Queen Victoria, an idea envisaged by the former Viceroy of India, Lord Curzon who, after the death of the Queen, wanted a stately memorial dedicated in her memory. ...... (follow the instructions below for accessing the rest of this article).
This article is featured in the app "GPSmyCity: Walks in 1K+ Cities" on iTunes App Store and Google Play. You can download the app to your mobile device to read the article offline and create a self-guided walking tour to visit the attractions featured in this article. The app turns your mobile device into a personal tour guide and it works offline, so no data plan is needed when traveling abroad.