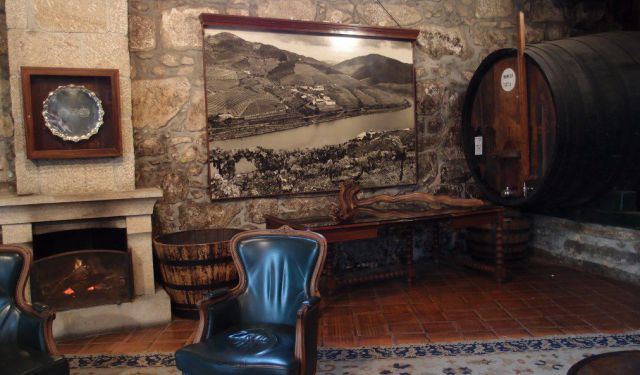 On our recent trip to Portugal, we spent five lovely nights in Porto, which was voted Best European Destination in 2014. It’s also the birthplace of port.

Port is a type of fortified wine. Fortified wines are made by adding neutral grape spirit (aquardente) to stop the fermentation process and secure the remaining sugar in the wine. Port has a similar designation as champagne – only fortified wines coming from Portugal’s Douro region can be called “port”.

The location of the port wine cellars in Porto is slightly deceiving though; as the cellars aren’t actually located in the town of Porto itself. They’re found across the Douro River in the municipality of Vila Nova de Gaia.

The port cellars are often referred to as “caves,” but most of them are designed more like warehouses. In the time we stayed in Porto, we visited several of these cellars (although one wasn’t really a cellar…but more on that later). These are the five I would recommend if you’re so lucky as to spend some time in the Porto region. ...... (follow the instructions below for accessing the rest of this article).
This article is featured in the app "GPSmyCity: Walks in 1K+ Cities" on iTunes App Store and Google Play. You can download the app to your mobile device to read the article offline and create a self-guided walking tour to visit the attractions featured in this article. The app turns your mobile device into a personal tour guide and it works offline, so no data plan is needed when traveling abroad.