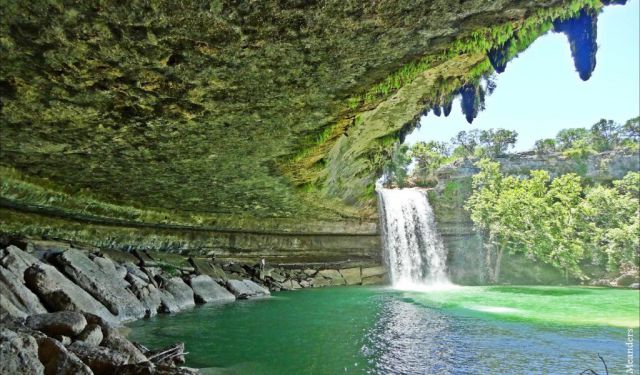 5 Things to Do in Austin Other Than Austin City Limits/SXSW, Austin, Texas (B)

Hordes of festival goers descend upon Austin, Texas this week to attend the Austin City Limits Festival. Locals like me have two choices — either join the crowds to enjoy one live music concert after another or else studiously avoid the entire area until the festival is over. Personally, I like exploring Austin when there's less people around. This is getting harder and harder since the population has doubled since I moved here a few decades ago.

It's home to the sprawling University of Texas where I spent an amazing month one summer in high school.

I'm pretty sure that the "Live Music Capital of the World" is a self-awarded appellation, but it's an appropriate one if you believe the claim that Austin has more live music venues per person than anywhere else in the USA. In a chicken-or-the-egg question, I'm not sure which came first, the Austin City Limits show which has run on PBS since 1974 or the many musicians which call the city home.

When I first moved to Austin more than two decades ago, it was known for being the offbeat setting and inspiration for the Richard Linklater films Slacker which the Library of Congress declared "culturally, historically, or aesthetically significant" and Dazed and Confused starring a young Matthew McConaughey and Ben Affleck. As the town boomed with the influx of tech workers and gradually became more hipsterish, independent businesses sought to hold on to Austin's quirky nature by promoting the slogan "Keep Austin Weird." (Psssst, Portland! We came up with the "Keep ____ Weird" slogan first.) ...... (follow the instructions below for accessing the rest of this article).
This article is featured in the app "GPSmyCity: Walks in 1K+ Cities" on iTunes App Store and Google Play. You can download the app to your mobile device to read the article offline and create a self-guided walking tour to visit the attractions featured in this article. The app turns your mobile device into a personal tour guide and it works offline, so no data plan is needed when traveling abroad.