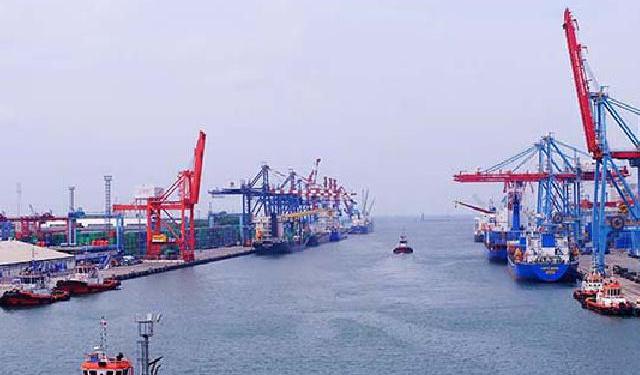 Tanjung Priok is the district in North Jakarta, which is identical with Port of Tanjung Priok, the busiest seaport in Indonesia. Perhaps, thinking about Tanjung Priok as a tourist destination doesn’t always cross people’s mind.

But let me tell you what, suppose you are searching for somewhere off-the-beaten path places in Jakarta, Tanjung Priok and its surroundings could be a great choice. Not because it’s a quiet and less known, but the locals mostly have a very slight idea about things to do when foreigners land their feet in this district.

The closest railway station is Tanjung Priok Station, one of the oldest stations in Jakarta. Initially built in 1885 next to the harbour, the station was moved 1 km away to its present location and opened on April 6, 1925. After being neglected for 10 years, the art deco style building re-operates in 2009. It has been one of the most favorite photography hunting and shooting scenes for video clips, movies, pre-wedding shots and more. ...... (follow the instructions below for accessing the rest of this article).
This article is featured in the app "GPSmyCity: Walks in 1K+ Cities" on iTunes App Store and Google Play. You can download the app to your mobile device to read the article offline and create a self-guided walking tour to visit the attractions featured in this article. The app turns your mobile device into a personal tour guide and it works offline, so no data plan is needed when traveling abroad.