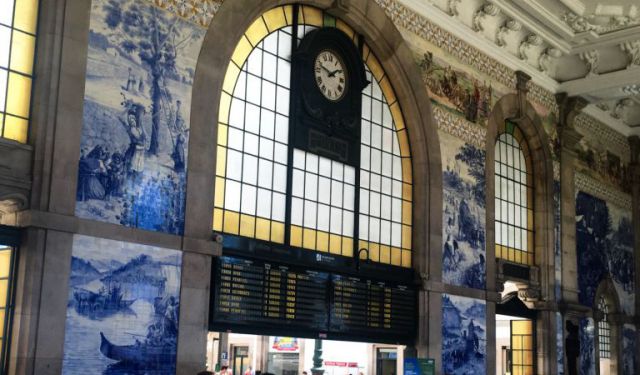 It is commonly known that a lot of inspiration for Harry Potter saga came from the beautiful city of Porto in Portugal. Legend says, that Hogwarts got its primary shape on the napkin in one of Porto’s cafés. But one thing is clear for sure – after teaching English language in Porto, J. K. Rowling came back to United Kingdom with the first three chapters of what later become our beloved wizardry world.

However, shame on me, but I, a true fan and believer of wizardry world, acknowledged this just a few days before our road trip to Porto. I was excited about our trip enough before, but when I heard about J. K. Rowling and Porto, I have to admit, that I started jumping in the middle of my mum’s kitchen. And since then my main goal was to find as much of Hogwarts in Porto, as I could.

I know that you, Dear Reader, love magic as much as me, so I want to share my discoveries with you. In addition to this, if you haven’t been to Porto, my aim today is to inspire you to go there. It is the most charming city that I have ever had a chance to see.  ...... (follow the instructions below for accessing the rest of this article).
This article is featured in the app "GPSmyCity: Walks in 1K+ Cities" on iTunes App Store and Google Play. You can download the app to your mobile device to read the article offline and create a self-guided walking tour to visit the attractions featured in this article. The app turns your mobile device into a personal tour guide and it works offline, so no data plan is needed when traveling abroad.

Create Your Own Self-Guided Walks in Porto
Guide Name: 6 Things That Reminds of Hogwarts in Porto
Guide Location: Portugal » Porto
Guide Type: Self-guided Walking Tour (Article (B))
Author: Paulius Bakanauskas
Read it on Author's Website: http://travelerschild.com/hogwarts-porto/
Sight(s) Featured in This Guide:
Where To Stay in Porto, Portugal - Guide of Best Areas and Hotels