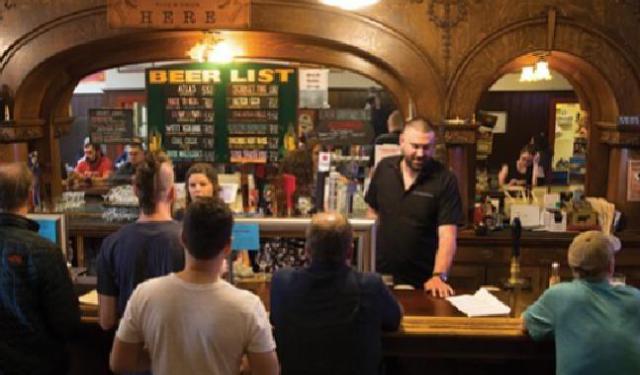 The Pacific Northwest has a reputation for its local and craft brews. Seattle, like Portland, dominates in this area of brewskis. Now, I am not much of a beer drinker, but my lovely boyfriend knows the Seattle brewery scene like the back of his hand. He adores beer tasting so much he has over 700 rankings on some beer app that remains unbeknownst to me.

There are all types of classic and quirky breweries in Seattle, but if visiting, these are the city's eight oldest and essential breweries to taste test and explore....with a bonus honorable mention.

Redhook Brewery is one of the oldest breweries in Washington State. Founded in 1981, Redhook has a series of award-winning IPA's and craft beers, with the Big Ballard Imperial IPA being their first creation. It's considered the "Grandfather" of craft beer, and most notable creations are the ESB and Loghammer. The Capitol Hill location is packed with locals and tourists alike. What makes this unique is that the brewery sells beer that is only available in the taproom, and can't be found canned or bottled on any store shelves.  ...... (follow the instructions below for accessing the rest of this article).
This article is featured in the app "GPSmyCity: Walks in 1K+ Cities" on iTunes App Store and Google Play. You can download the app to your mobile device to read the article offline and create a self-guided walking tour to visit the attractions featured in this article. The app turns your mobile device into a personal tour guide and it works offline, so no data plan is needed when traveling abroad.