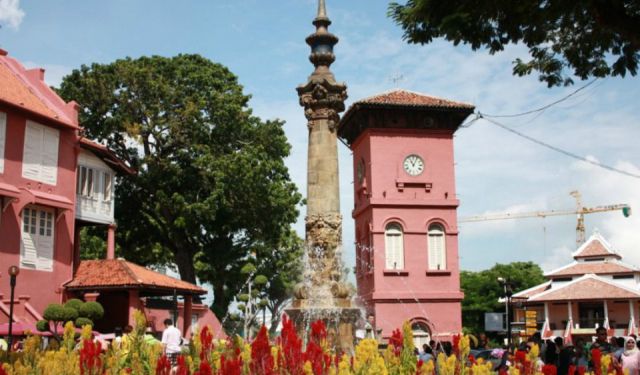 While A’Famosa Fort in Melaka (Malacca) was the symbol of what was left behind by the Portuguese, the historical structures representing Dutch rule that still stand today in the heart of the city are Stadthuys and Christ Church.

There were reasons why this was so – firstly, Malacca was already declining as the Portuguese did not successfully maintain the glory and prosperity that the city was renowned for due to restrictive trade policies, competitions and wars. Secondly, the Dutch, namely, the Dutch East India Company (VOC) had already established their economic and administrative centre in Batavia (Jakarta), thus they had no political and economic motivations to develop Malacca at the expense of Batavia. They only viewed Malacca as a potential conquest mainly to protect the Spice Route and to eliminate competitors. ...... (follow the instructions below for accessing the rest of this article).
This article is featured in the app "GPSmyCity: Walks in 1K+ Cities" on iTunes App Store and Google Play. You can download the app to your mobile device to read the article offline and create a self-guided walking tour to visit the attractions featured in this article. The app turns your mobile device into a personal tour guide and it works offline, so no data plan is needed when traveling abroad.