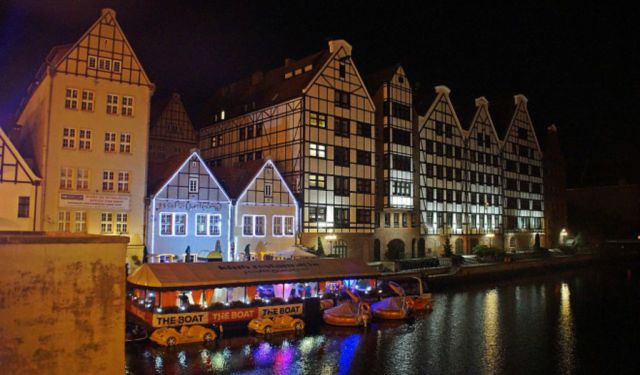 A Day of Exploring in Gdansk, Gdansk, Poland (B)

The first stop on my tour of Poland was the ancient harbour city of Gdansk. Founded in 1224, the city is rich on history and buildings from all ages can still be seen. During the Second World War, 90 percent of the buildings in the old town were ruined, but the buildings were later rebuilt in their original style.

The very centre of Gdansk is the Royal Road that goes from the gate Brama Wyzynna to the gate Zlota Brama. The road leads to the atmospheric shopping street ul. Dluga and the market place Dlugi Targ, where colourful houses from the 1600s can be seen on each side. The most photographed sight on the road is Neptune’s Fountain, which tells a story of how important the ocean has been to Gdansk in the past. The fountain is situated beside the city hall, which is also a famous sight.

As you reach the end of ul. Dluga, you walk through yet another gate, the Zielona Brama, and enter the harbour front at one of the channels of the river Martwa Wisla that leads right out into the ocean. There are plenty of things to see here, including some interesting architectonical masterpieces. The atmosphere here is relaxed and reminds me of a warm summer day at the channels of Copenhagen. ...... (follow the instructions below for accessing the rest of this article).
This article is featured in the app "GPSmyCity: Walks in 1K+ Cities" on iTunes App Store and Google Play. You can download the app to your mobile device to read the article offline and create a self-guided walking tour to visit the attractions featured in this article. The app turns your mobile device into a personal tour guide and it works offline, so no data plan is needed when traveling abroad.