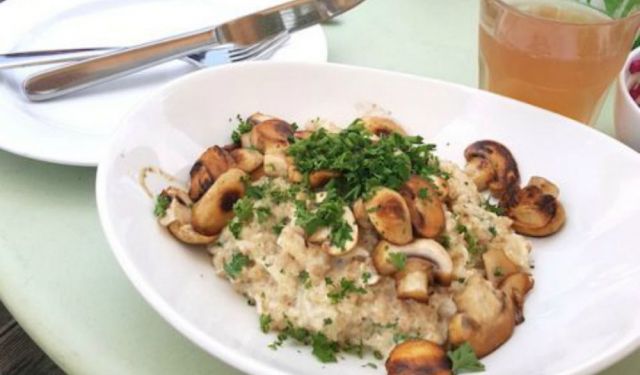 The German city of Weimar plays an important role both culturally and historically. As many writers before me, I fell in love with the city that exudes romance, quality and beauty. Here’s my story about Weimar, which was once the center of the literary world.

Goethe, Schiller, Franz Liszt, Marlene Dietrich and even Hitler. The list of historical characters who declared their love for Weimar seems to be interminable. Today, Weimar is home to approximately 65.000 inhabitants; it’s a German city like many others, but it’s also different in many ways. Secrets and tales of the past are shielded behind the pretty house facades, and when you dig a little deeper, the true face of the city emerges. The presence of history is omnipresent.

On our first day, we embarked on a private city tour with Peter Baumann – an experienced tour guide, who was born in Weimar. This is undoubtedly the best way to experience a new city – especially a city like Weimar, which has so much to offer in terms of history and culture! Peter was a gold mine of information, anecdotes and funny stories, and before we knew it, we had gone by the Weimar Republic, Bauhaus architecture and Goethe’s incomparable poems of love and death (not necessarily in that order). Being an admirer of classic literature and poetry, I couldn’t help being truly fascinated by Weimar’s intense concentration of just that. It all began when Goethe arrived in the city in 1775, and it continued when the young poet of Schiller came 12 years later, in 1787. Goethe and Weimar founded the ‘Weimar Theater’, which was regarded as Germany’s leading theater. It’s still in operation today. ...... (follow the instructions below for accessing the rest of this article).
This article is featured in the app "GPSmyCity: Walks in 1K+ Cities" on iTunes App Store and Google Play. You can download the app to your mobile device to read the article offline and create a self-guided walking tour to visit the attractions featured in this article. The app turns your mobile device into a personal tour guide and it works offline, so no data plan is needed when traveling abroad.