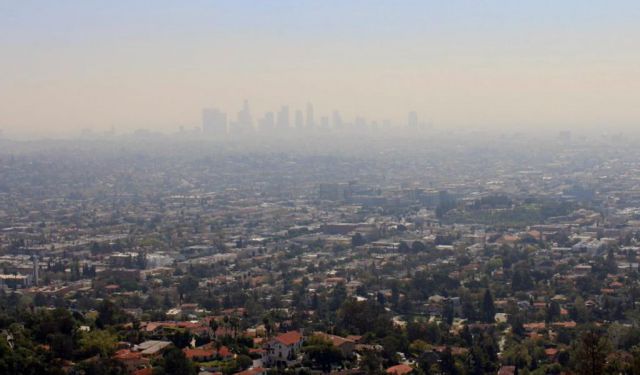 Early this March I took a quick trip to Los Angeles in honor of my 21st birthday! California is a place that I had been wanting to go to for such a long time because although I’ve been out of the country multiple times, I had never been to the West Coast. Because of work and college classes I couldn’t stay for very long, but during my four days in Los Angeles I was able to do some of the things I had wanted to the most. I would definitely recommend them for anyone who only has a few days to see the iconic city that is LA for the first time!

I’m one of those travelers that loves seeing famous landmarks, so I was super excited to see the Hollywood Walk of Fame in person! While I wasn’t looking for any celebrity’s star in particular, it was fun to see stars belonging to icons like Michael Jackson, Bob Marley, Will Smith, Madonna, etc. Initially, I was under the impression that the Walk of Fame was its own isolated street that was only used to walk along and look at the stars, so it surprised me to see that it was actually all over the streets of Sunset Boulevard. I can’t guarantee you’ll find any particular star that you’re searching for because they’re scattered so much that it was impossible to see every single one. As we looked at the stars, we passed tons of different stores, restaurants, bars/clubs, theaters, and just lots of various entertainment. If you have extra time to spare, then you’ll definitely find a lot to do in the Sunset Boulevard/Sunset Strip/Walk of Fame area. I highly suggest going while the sun is still out if you want good pictures, since the stars are harder to see at night. Definitely stay for the evening though, because the sunset was so stunning here (maybe why the area is called the Sunset Strip?). I think that visiting the Walk of Fame really captured the cinematic feeling that Hollywood is so well-known for. ...... (follow the instructions below for accessing the rest of this article).
This article is featured in the app "GPSmyCity: Walks in 1K+ Cities" on iTunes App Store and Google Play. You can download the app to your mobile device to read the article offline and create a self-guided walking tour to visit the attractions featured in this article. The app turns your mobile device into a personal tour guide and it works offline, so no data plan is needed when traveling abroad.