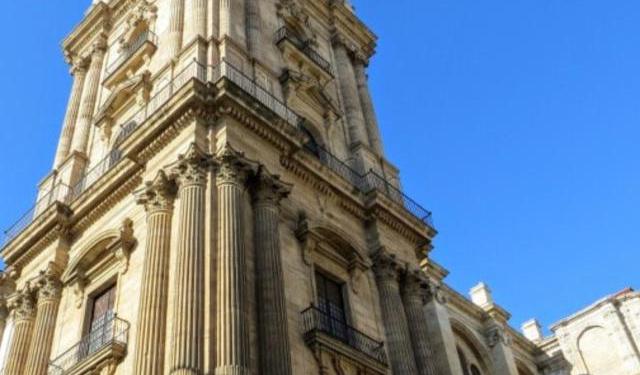 A Short Trip to Malaga, Malaga, Spain (B)

Malaga is the capital city of Malaga Province in Spain. It is famous for Pablo Picasso’s birthplace and the typical Mediterranean sun and sand. We visited this beautiful city in the month of June for 2 days.

Malaga is a little laid back city as compared to Barcelona and Madrid. People are friendly, happy and loud. The city offers few historical attractions and beautiful sandy beaches.

We arrived at Malaga in the late morning by plane. From the airport, by bus, it took about half an hour to reach the city center. Malaga, in the first impression, was a city with lots of greenery and artistic buildings.

We checked in the hotel and then started exploring streets and lanes of the city. As it was the summer season, there were lots of tourists in the city (and so we). All the streets were so clean and smooth that they looked as if polished. I was puzzled by their appearance. Shops were nicely decorated with all trendy clothes and accessories.

While walking through narrow lanes, we reached Plaza de la Merced. This is one of the beautiful squares of the city. The large obelisk is present in the center of this big square. The famous artist Pablo Picasso’s birth house is nearby. It is now converted in the museum. ...... (follow the instructions below for accessing the rest of this article).
This article is featured in the app "GPSmyCity: Walks in 1K+ Cities" on iTunes App Store and Google Play. You can download the app to your mobile device to read the article offline and create a self-guided walking tour to visit the attractions featured in this article. The app turns your mobile device into a personal tour guide and it works offline, so no data plan is needed when traveling abroad.