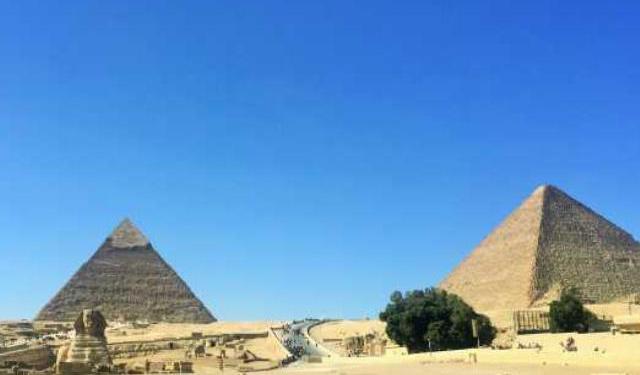 Egyptian hospitality is widely known even in the times of the pharaohs. Up to this very day, this is still clearly reflected among Egyptians. They are serious about it and they take pride in doing it.

A cold morning welcomed me when I arrived in Cairo from Luxor. It was a very fine day and I was conversing with a Spanish traveler who became my friend. We were both amazed with the captivating interior of the train station until I found myself in complete amazement when I went out of the station. I was trying to communicate with cab drivers and realized none of them speaks English, though I saw their willingness to bring me to my destination. The streets were already congested even at 06:00 in the morning. From the serenity of Sharm el Sheik to the bustle of the metropolis, I have given myself time to adjust and embrace Cairo. I was not able to get a cab who could bring me to my hotel despite showing them the location from my phone. To my surprise, a taxi stopped in front of me and the driver offered to bring me to my hotel with no additional cost as my friend who was on his way to the airport paid the bill, such a relief! ...... (follow the instructions below for accessing the rest of this article).
This article is featured in the app "GPSmyCity: Walks in 1K+ Cities" on iTunes App Store and Google Play. You can download the app to your mobile device to read the article offline and create a self-guided walking tour to visit the attractions featured in this article. The app turns your mobile device into a personal tour guide and it works offline, so no data plan is needed when traveling abroad.