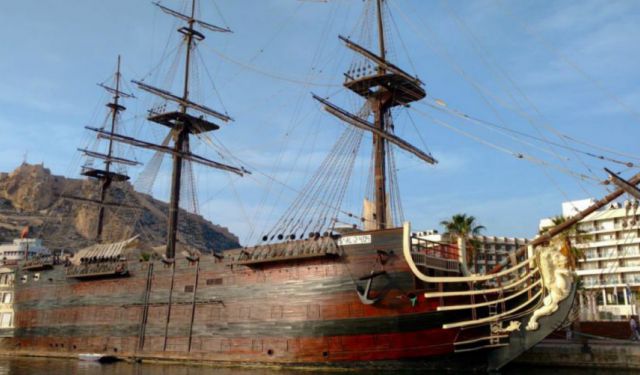 Hogueras de San Juan, or The Bonfires of Saint John, is a huge festival celebrated around the world on the 23rd of June each year. Alicante in Spain hosts the largest instance, with tens of thousands of people flocking to the picturesque seaside city. It’s a wild week of celebrations with revellers focusing primarily on explosions, massive bonfires, drinking, eating and dancing throughout the night. It’s actually chaos.

When we made plans to visit Alicante we had no idea about any of this, it was just the next idyllic stop on our trip. We were informed of the festivities a day before we arrived but were ill-prepared for the fervour with which the Spanish party. We tried, oh how we tried, but simply failed to match the Spanish celebration ethic over three nights.

We arrived to Alicante in a ride-share from Barcelona with BlaBlaCar. We were collected from Trinitat Nova Station in Barcelona and delivered nearly six hours later, close to our accommodation in Alicante, for €36 each. This is definitely not the cheapest way to travel from Barcelona to Alicante, but we left it too late to book reasonably priced train tickets. ...... (follow the instructions below for accessing the rest of this article).
This article is featured in the app "GPSmyCity: Walks in 1K+ Cities" on iTunes App Store and Google Play. You can download the app to your mobile device to read the article offline and create a self-guided walking tour to visit the attractions featured in this article. The app turns your mobile device into a personal tour guide and it works offline, so no data plan is needed when traveling abroad.