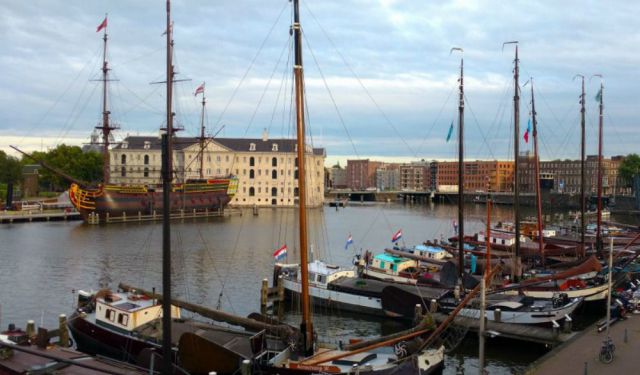 Amsterdam on a Budget, Amsterdam, Netherlands (B)

Where to start with Amsterdam? So entrenched are the attractions of Amsterdam in general knowledge the world over, every one of the more than 4.5 million people who visit the city each year have a clear idea on what they would like to do or see when they visit. It’s a city notorious for its liberal stance on drugs and sex, but also renowned for it’s canals, art museums and history. Amsterdam is the cultural centre for the Netherlands, was an essential port during the Dutch golden age, and has been one of the most important financial centres in the world for the best part of 300 years.

Amsterdam had been a bucket-list city for more than a decade before I visited and my expectations went up in smoke so to speak. What I imagined as a debauched playground for UK stag & hen’s nights was actually a far more refined, rich and beautiful city, with more to offer than just sex, drugs and paintings. Although my imagination wasn’t entirely wrong.

We spent four nights wandering the streets of Amsterdam in a literal and metaphorical haze, on a limited budget in a city where art museums cost €17.50 and you line up for over two hours to visit a house where a girl wrote a diary. Here’s how to experience Amsterdam no matter what your budget. ...... (follow the instructions below for accessing the rest of this article).
This article is featured in the app "GPSmyCity: Walks in 1K+ Cities" on iTunes App Store and Google Play. You can download the app to your mobile device to read the article offline and create a self-guided walking tour to visit the attractions featured in this article. The app turns your mobile device into a personal tour guide and it works offline, so no data plan is needed when traveling abroad.