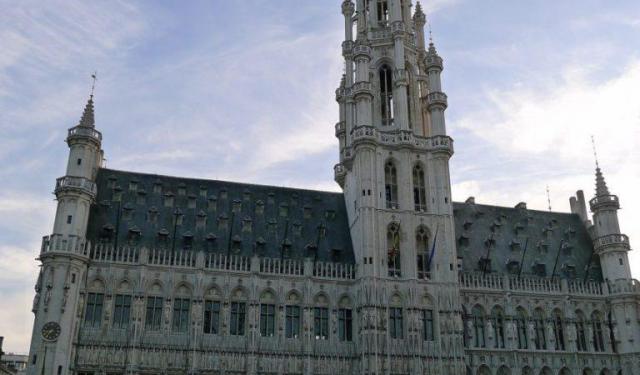 You may think that two days in Brussels won’t be enough time to fully explore this major European city. But surprisingly, despite its size, many of the highlights in Brussels can be seen in two (busy) days. You just need to plan a bit in advance and know where and how you want to spend your time to get the most out of your visit.

A good place to start your visit in Brussels is in the Grand-Place, or central square. The square is often called one of the most beautiful places in the world. UNESCO even added it to their World Heritage list in 1998. This square isn’t perfectly square-shaped, however – it’s more like a rectangle with one wonky side.

The earliest written references to the Grand-Place date from the 12th Century. Three indoor markets selling bread, meat and cloth appeared on the north side of the square in the 13th Century, and additional marketplaces opened around the square in later years.

The Brussels Town Hall dominates the Grand-Place square. Built in stages between between 1401 and 1455, it’s a gorgeous example of Brabantian Gothic architecture. Unfortunately, in 1695, Louis XIV’s troops swept through Brussels, destroying many of the buildings, including those in the Grand-Place. The French army used cannons and mortars against the city. Once the bombardment was over three days later, only a few buildings and the facade of the town hall remained standing. ...... (follow the instructions below for accessing the rest of this article).
This article is featured in the app "GPSmyCity: Walks in 1K+ Cities" on iTunes App Store and Google Play. You can download the app to your mobile device to read the article offline and create a self-guided walking tour to visit the attractions featured in this article. The app turns your mobile device into a personal tour guide and it works offline, so no data plan is needed when traveling abroad.