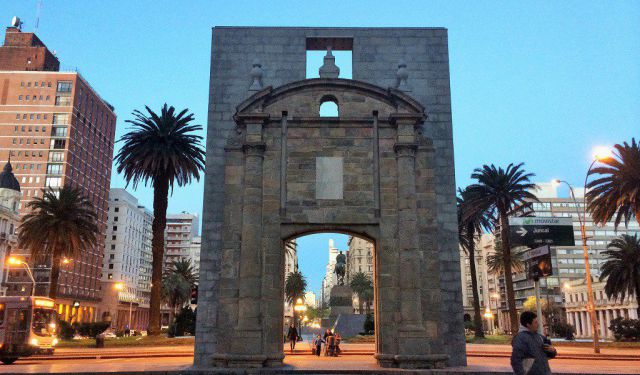 I never thought I’d love Montevideo so much. I mean, I’ve never even heard of this little capital city until a few months ago. We only picked this place because we were visiting Buenos Aires and needed somewhere else to go for a month. Enter Montevideo – an easy boat ride across the river from BA. We’re honestly the laziest travelers I know, so easy wins every time.

I was a little apprehensive about coming here after a not so welcoming experience in BA. I was afraid that maybe since these cities are so close to each other, they would be just the same and I wouldn’t like Montevideo either. Turns out, I couldn’t have been further from the truth. It’s true that there are a lot of similarities in that both are heavily European influenced cultures and have somewhat similar cuisines, but they may as well be on completely different continents, despite being just across a river from each other.

For one, Uruguayans are insanely friendly. I love that more than anything. And I think it’s awesome that the government is aiming to be the least corrupt government in South America. And apparently, Uruguayans and Argentinians hate each other’s guts (so I was told by locals). Hmm.. guess which team I’m on? ...... (follow the instructions below for accessing the rest of this article).
This article is featured in the app "GPSmyCity: Walks in 1K+ Cities" on iTunes App Store and Google Play. You can download the app to your mobile device to read the article offline and create a self-guided walking tour to visit the attractions featured in this article. The app turns your mobile device into a personal tour guide and it works offline, so no data plan is needed when traveling abroad.