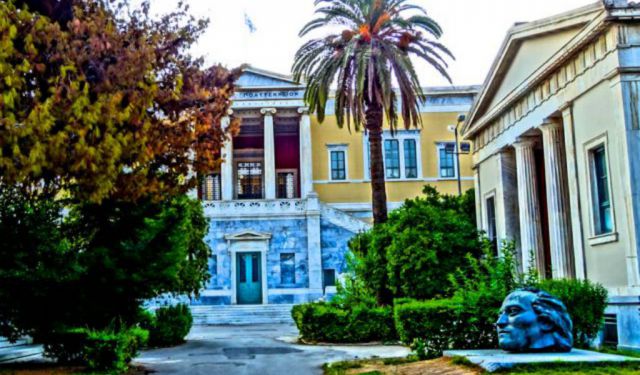 Around Kypseli by Matt Barrett, Athens, Greece (B)

Surrounding Kypseli is the Pedion Areos Park, the student area of Exarchia, Victoria Square, Patission and Galatsi, areas which few tourists visit and what they have heard about them might make them places to avoid. But with the exception of a couple trouble spots which are easily avoided you are probably not risking your life by visiting these areas

Kypseli is bordered by Pedion Areos, the largest park in Athens and formerly the military parade grounds when the Greek army did stuff like that. Up until recently it was a haven for drug addicts but they have been replaced by refugees. The park went through an extreme makeover and if it ended up looking anything like the architects drawings, it would have been one of the best in Athens with ponds and streams and walking trails. Unfortunately they ran out of money and just about the same time the refugee crisis it and many people who had nowhere else to go ended up camping here. The park has two enormous statues, one of Athina and the other of King Constantine, a dubious character whose inept leadership cost Greece the city of Smyrna and brought about what is known as the Asia Minor Disaster. It was followed by the exchange of populations that turned Athens into the refugee-filled city it still is to this day and was the end of the Christian presence in Asia Minor. After the catastrophe the king was forced to abdicate and forced into exile while many of the officers and politicians who supported him were found guilty of treason and executed. Why there is a statue of him is beyond me but I suppose someone wanted to appease the anti-Venizelists royalists who still exist in some parallel universe. ...... (follow the instructions below for accessing the rest of this article).
This article is featured in the app "GPSmyCity: Walks in 1K+ Cities" on iTunes App Store and Google Play. You can download the app to your mobile device to read the article offline and create a self-guided walking tour to visit the attractions featured in this article. The app turns your mobile device into a personal tour guide and it works offline, so no data plan is needed when traveling abroad.