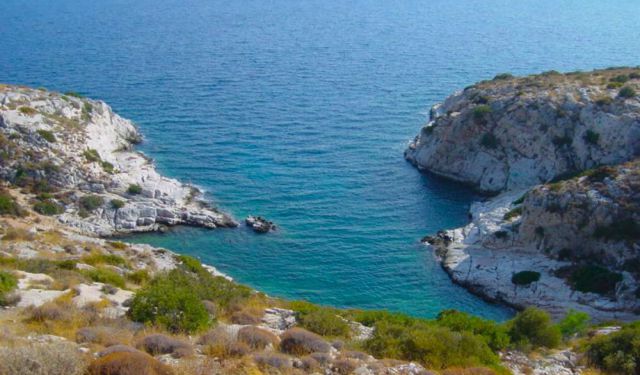 You don't have to get on a ferry boat to the Greek islands to enjoy swimming in the Aegean Sea. Athens has a string of beaches which begins in Pireaus, known as The Apollo Coast and like any city the further you get out of town the better the beaches are.

While there are people who do swim in Pireaus and Faliron, I don't, (though it probably won't kill you, at least not right away). This does not mean that I wouldn't if it was a really hot day and I did not have the energy to get further out. I have been swimming in worse places than the city beaches of Athens and I have lived to tell about it though I was too young to know any better. But in general if you want to play it safe and enjoy the best beaches Athens has to offer you should begin with the Kavouri-Vouliagmeni area and find the beach most suited to you between there and Sounion. But honestly the seas close to Athens have become a lot cleaner and if you happen to be staying in Faliron or even in Pireaus there is no reason not to go for a swim. Just don't swim in the harbor. Not just because it is dirty but you don't want to get run over by a ferry. The best thing about staying in Pireaus, Faliron, Kalamaki, Glyfada and Voula is that you have a number of easy options for getting into Athens which is between 15 minutes and half an hour by bus, tram, metro or taxi or a combination. ...... (follow the instructions below for accessing the rest of this article).
This article is featured in the app "GPSmyCity: Walks in 1K+ Cities" on iTunes App Store and Google Play. You can download this article for FREE and read it offline on your mobile device.