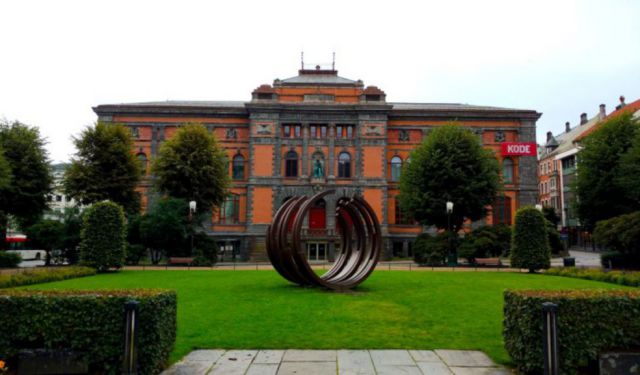 Norway’s second largest city, Bergen sits on the west coast of the country and serves as a gateway to the western fjords. It’s Bergen’s location and proximity to the fjords that brings the tourists each summer, but the surrounding mountains and fjords of Bergen itself make it a stunning place to visit in its own right.

Bergen is a relatively small city but it has been a hugely important port for Norway for nearly 1000 years. At first glance it doesn’t appear that old; functional 20th-century Nordic architecture dominates Bergen due to multiple large fires that mar its history, but the waterfront Bryggen offers a glimpse into the past with its proud wooden buildings and walkways.

We used Bergen as a base to explore the western fjords, spending a single night in the city at both the beginning and end of our trip.

We arrived on a flight from Copenhagen with SAS airlines that took just over an hour in the air. We had booked a few months in advance and had purchased ‘SAS Go’ tickets, which included stowaway luggage for €65 each. ...... (follow the instructions below for accessing the rest of this article).
This article is featured in the app "GPSmyCity: Walks in 1K+ Cities" on iTunes App Store and Google Play. You can download the app to your mobile device to read the article offline and create a self-guided walking tour to visit the attractions featured in this article. The app turns your mobile device into a personal tour guide and it works offline, so no data plan is needed when traveling abroad.