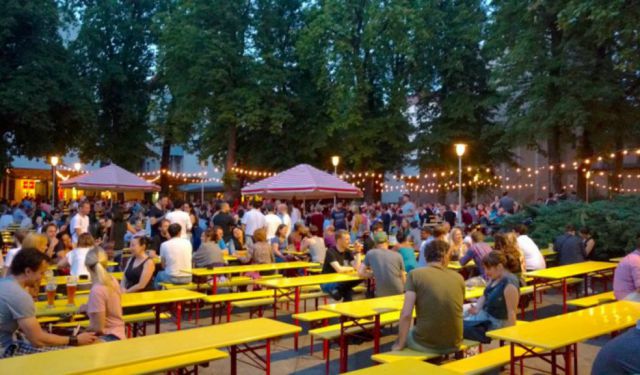 From the outside Berlin’s tumultuous history can be intimidating. Devastation and segregation have soaked the stones of Berlin in monumental ways during very recent generations, the poison that engulfed Germany’s capital is still taught in schools around the world today as a kind of preventative measure against the power of evil. At the end of WW2 more than 40% of it’s citizens had fled the city as it was being relentlessly bombed to the ground.

The resilience and forward-thinking of Germans since the war, the end of the Third Reich, and the fall of the Berlin wall in 1990 in particular, have transformed Berlin into one of the most modern, accepting, progressive and multi-cultural cities in the world. Around 25 non-indigenous communities have established Berlin as their home and there are now over one million people with an immigrant background living in the city, more than 30% of the total population.

This multi-cultural mecca thrives on diversity and innovation throughout all sectors. Most importantly for tourists; Berlin has a rich social culture of food, drink, freedom and art. ...... (follow the instructions below for accessing the rest of this article).
This article is featured in the app "GPSmyCity: Walks in 1K+ Cities" on iTunes App Store and Google Play. You can download the app to your mobile device to read the article offline and create a self-guided walking tour to visit the attractions featured in this article. The app turns your mobile device into a personal tour guide and it works offline, so no data plan is needed when traveling abroad.